Do you find yourself staring at a yard filled with tunnels and holes? If this is the case, you might have a mole or gopher problem on your hands.

While these creatures may be somewhat cute to look at, they are certainly able to cause some issues on your property.

But who are these creatures and what can happen to your yard if they aren’t taken care of? These are questions we aim to answer by providing some little known facts about moles and gophers, and what exactly happens when they are left to their own devices.

Moles Eat A Lot — Moles eat a lot of worms. In fact, they are able to eat their entire body weight in worms which comes out to be around 50 pounds of worms in just one year. They also love to eat slugs and insect larva. Delicious. 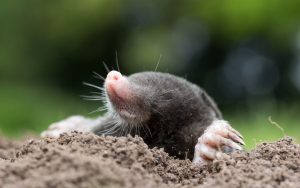 Moles Don’t Take A Break — Moles don’t stop digging. These creatures are found everywhere except for South America and Antarctica and will spend the entire year digging and tunneling for their next meal. Even during the coldest months, they are able to dig very deep to a level that’s well below the frost.

Moles Can’t See Well — Moles do not have good eyesight and are actually color blind. Even though a lot of people believe these creatures are completely blind, this is not true. They have very tiny eyes that are often covered by their fur and use their strong sense of smell to locate their food.

Gophers Are Loners — Gophers don’t like to be around other gophers. At a very young age, gophers will leave their mothers when they have only been alive for a few weeks. From there, they go off and dig their own burrow that is isolated from the others. The only time that you will find gophers looking for each other is when it is the mating season in the spring. Otherwise, they are flying solo. 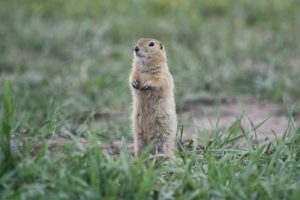 Gophers Have Pouches — Gophers, (specifically the pocket gopher), actually have a small pouch on the sides of their mouth. Just like hamsters, gophers will keep food inside these pockets to save for later on. Something that sets gopher pouches apart from hamster patches though is that the pouches are a little outside of the mouth instead of being completely inside of their mouth.

Problems Of Having Moles Or Gophers On Your Property

While there are some interesting facts about these creatures, there are also some downsides.

Moles and gophers are able to do extensive damage to your yard because both of them burrow underground in search of food. While moles mainly eat insects, gophers are able to eat flowers, grass and other greenery that can cause some big problems to the overall visual aesthetic of your property.

The holes that moles are able to dig are also potential tripping hazards to anyone on the premises, and gophers are also able to carry dangerous diseases like rabies, and monkeypox.

If you are struggling with a mole or gopher problem, we want to help. Contact us today for more information!